In the music video for Santigold’s hit song, “Disparate Youth,” the artist had a clear vision for the story she wanted to tell. She just needed someone to execute it.

Filmmaker Sam Fleischner stepped in as co-director and co-producer to film the 2012 music video with a skeleton crew in Portland Parish, Jamaica. Nearly eight years later, the song still gets heavy rotation on streaming music playlists, and the music video has eclipsed 24 million views on YouTube.

Fleischner spoke to us about the project and what’s keeping him busy these days. Below is a lightly edited version of our conversation.

3&L: How did you get involved in this project?
Fleischner: Pretty much all the music videos I’ve done are the results of friendships and relationships I’ve had with musicians. I’ve never had much luck actually pitching to people. I’ve known Santi for a while. We went to the same college (Wesleyan), and had a bunch of mutual friends. We weren’t there at the same time; she’s a little older than me. But we bonded when we met once in New York and just kind of kept in touch.

3&L: Do you dig the song?
Fleischner: It’s such a powerful track. When she sent me the song – even more than going to Jamaica –  I was like, “Hell yeah, I want to do visuals for this song,” because I knew it was a really hot track. When you emailed me, I pulled it up on YouTube, and just seeing that it has like 25 million views - and compared to her other stuff, it seems like it has by far the most views. I don’t take credit for the video as much as I think the song is really strong.

Maybe five years ago or whatever, I watched the video on YouTube, and it had like a couple of million views. I bet you a lot of these views are in the last few years. People are seeking out this song, so it's really cool. 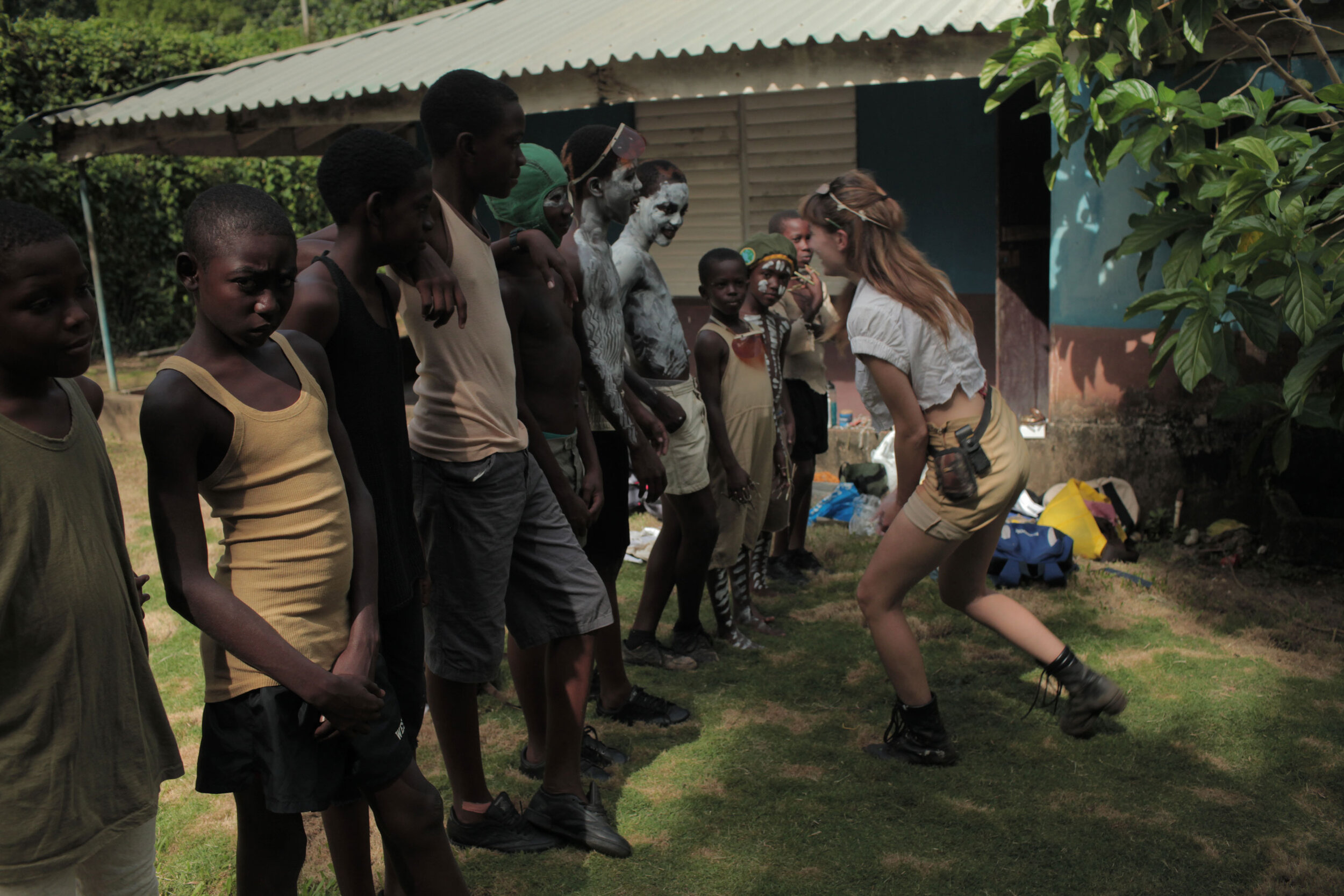 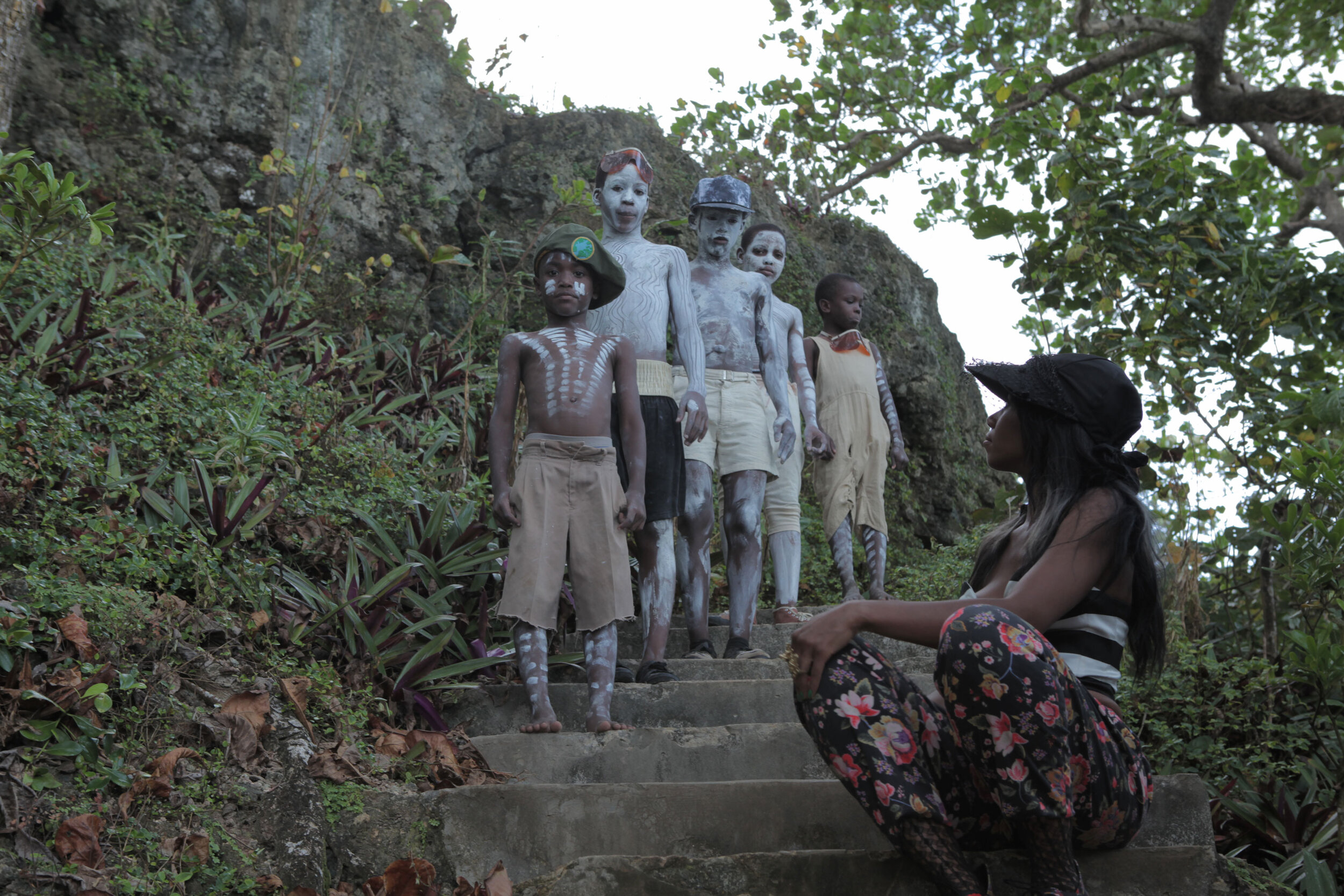 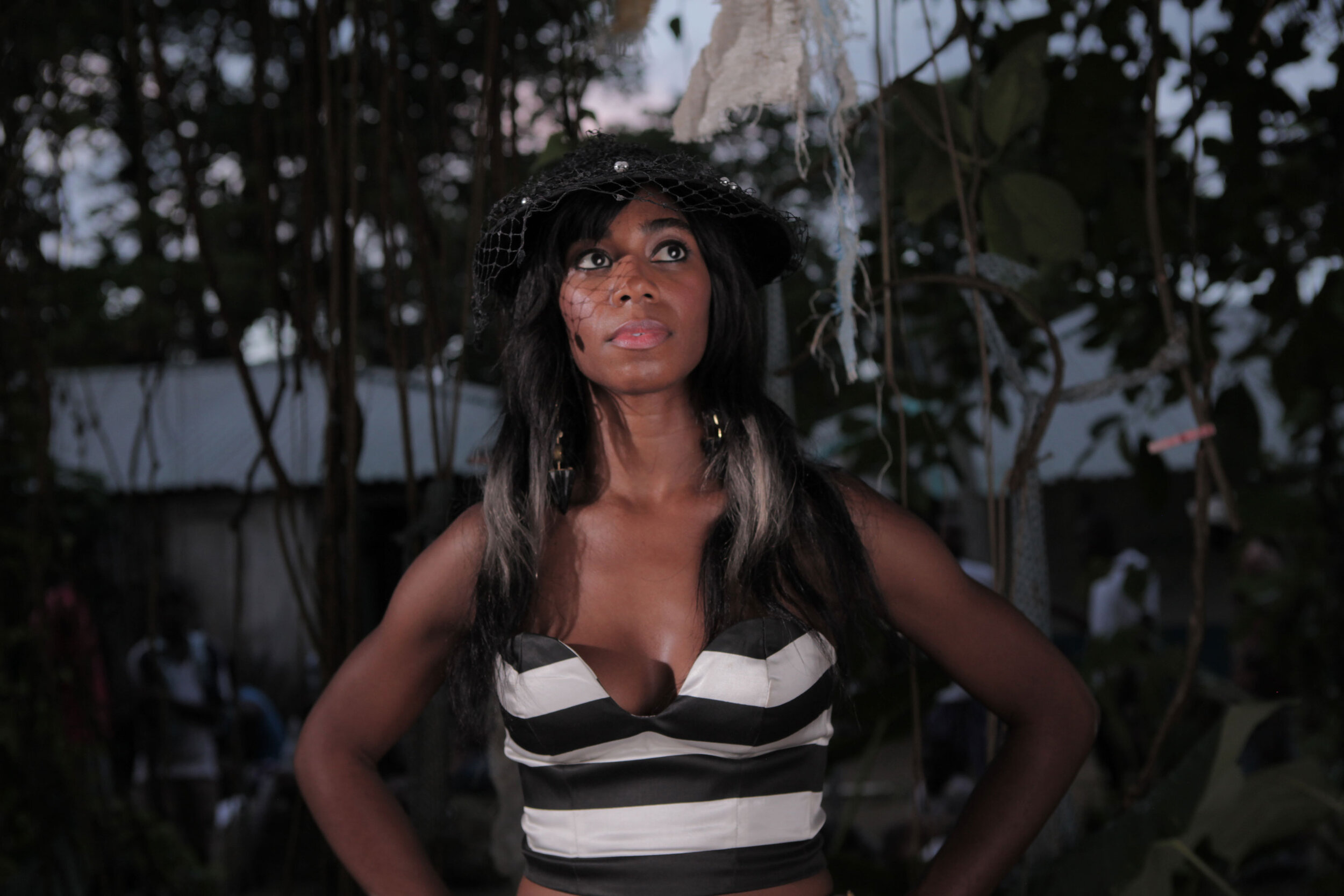 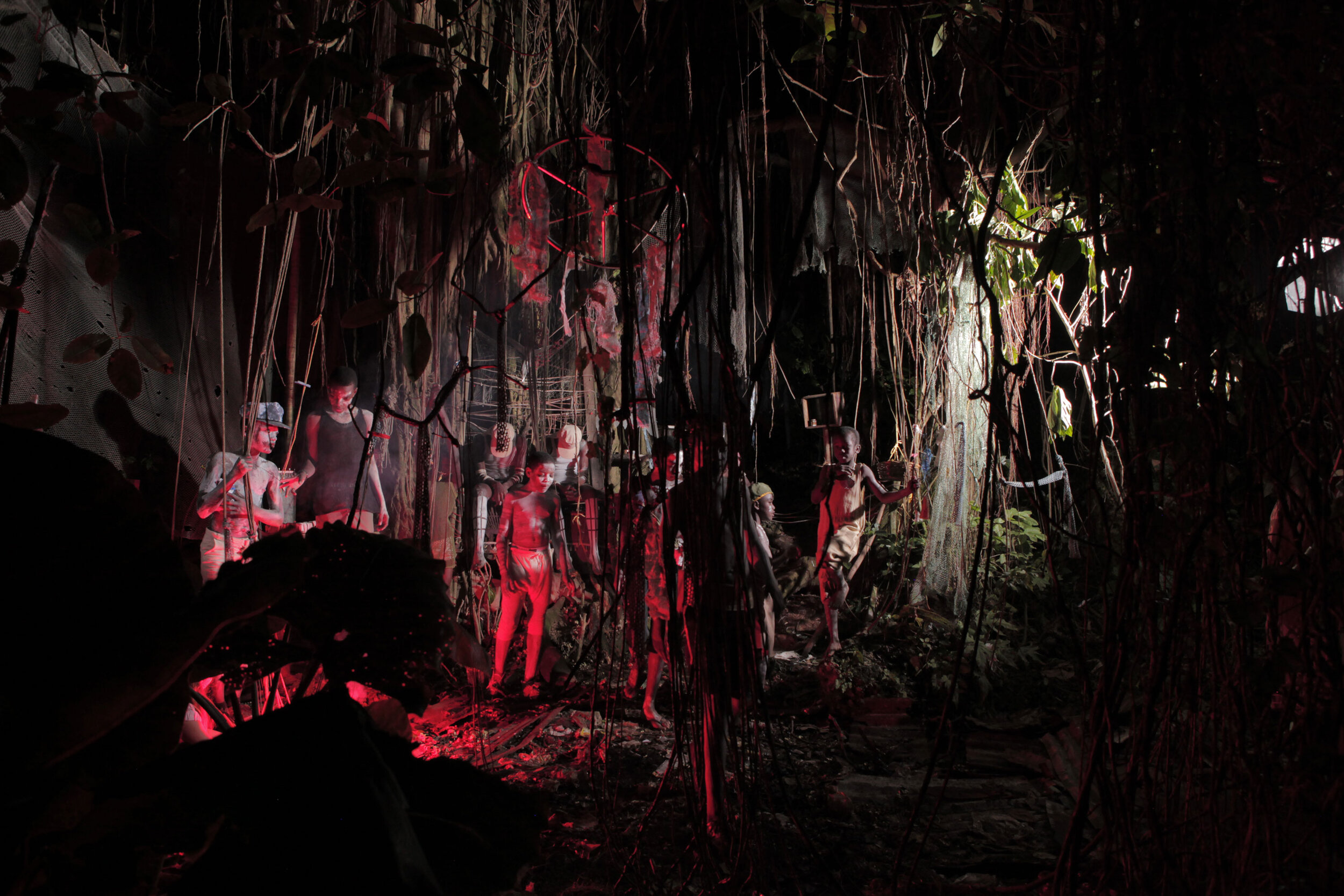 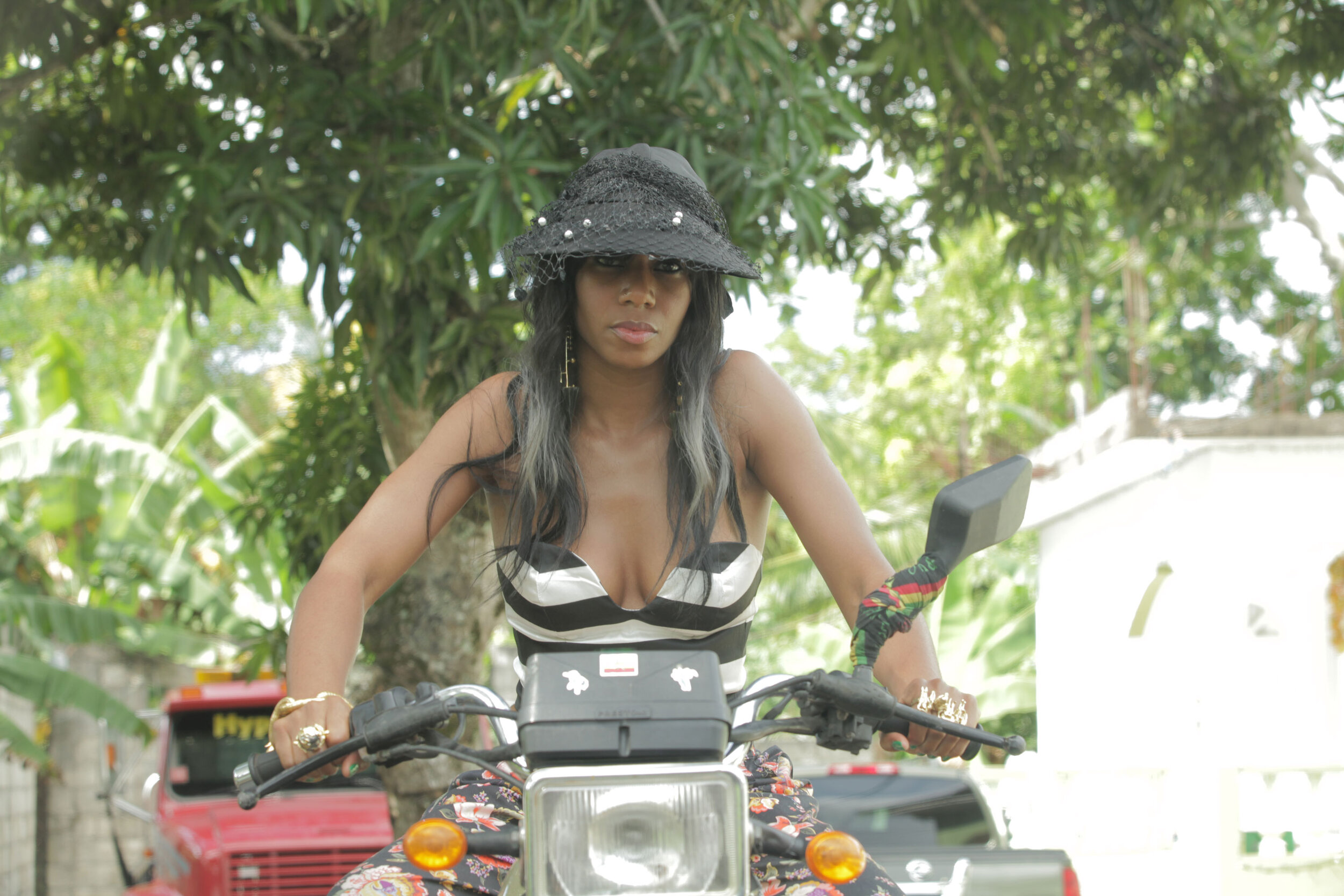 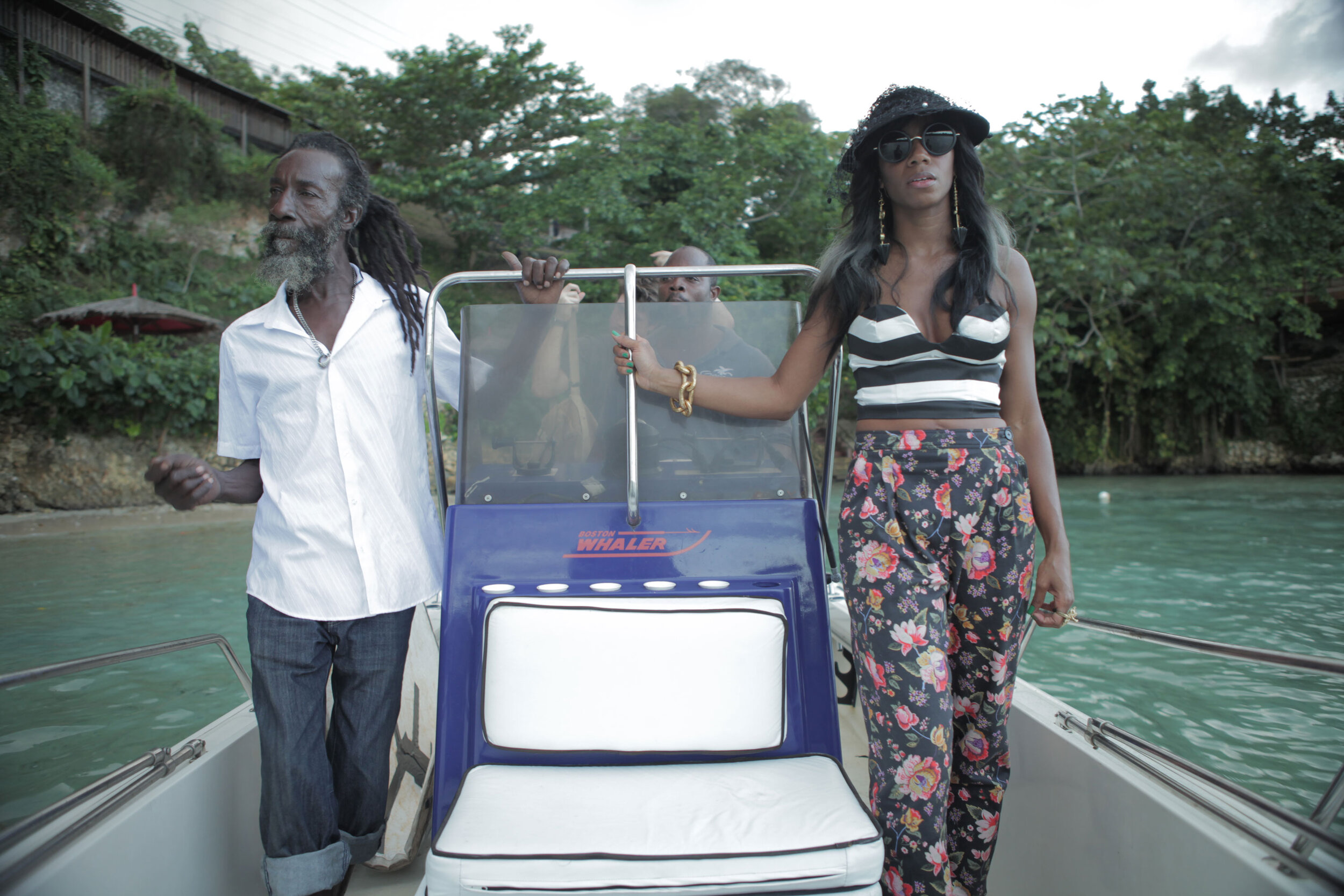 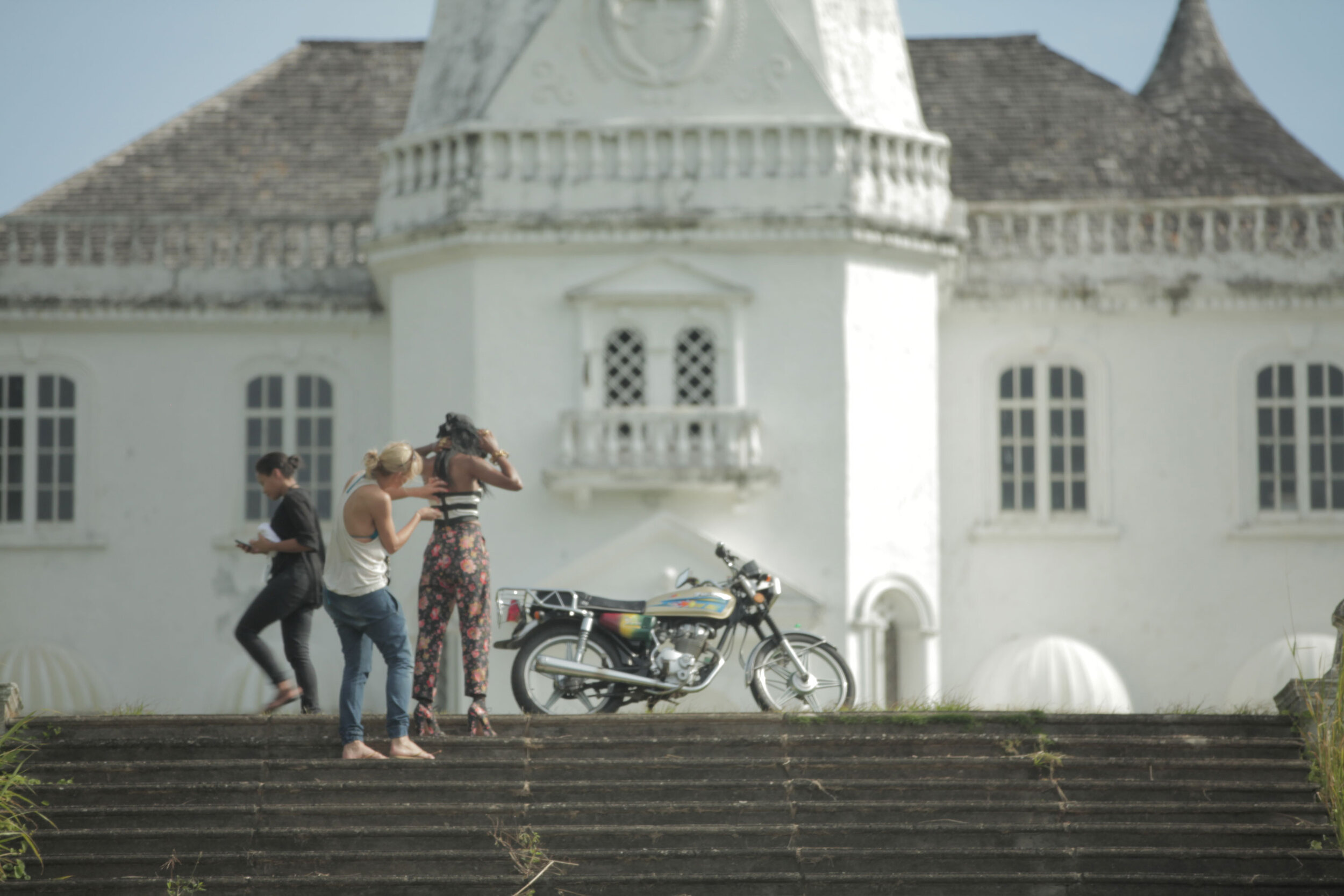 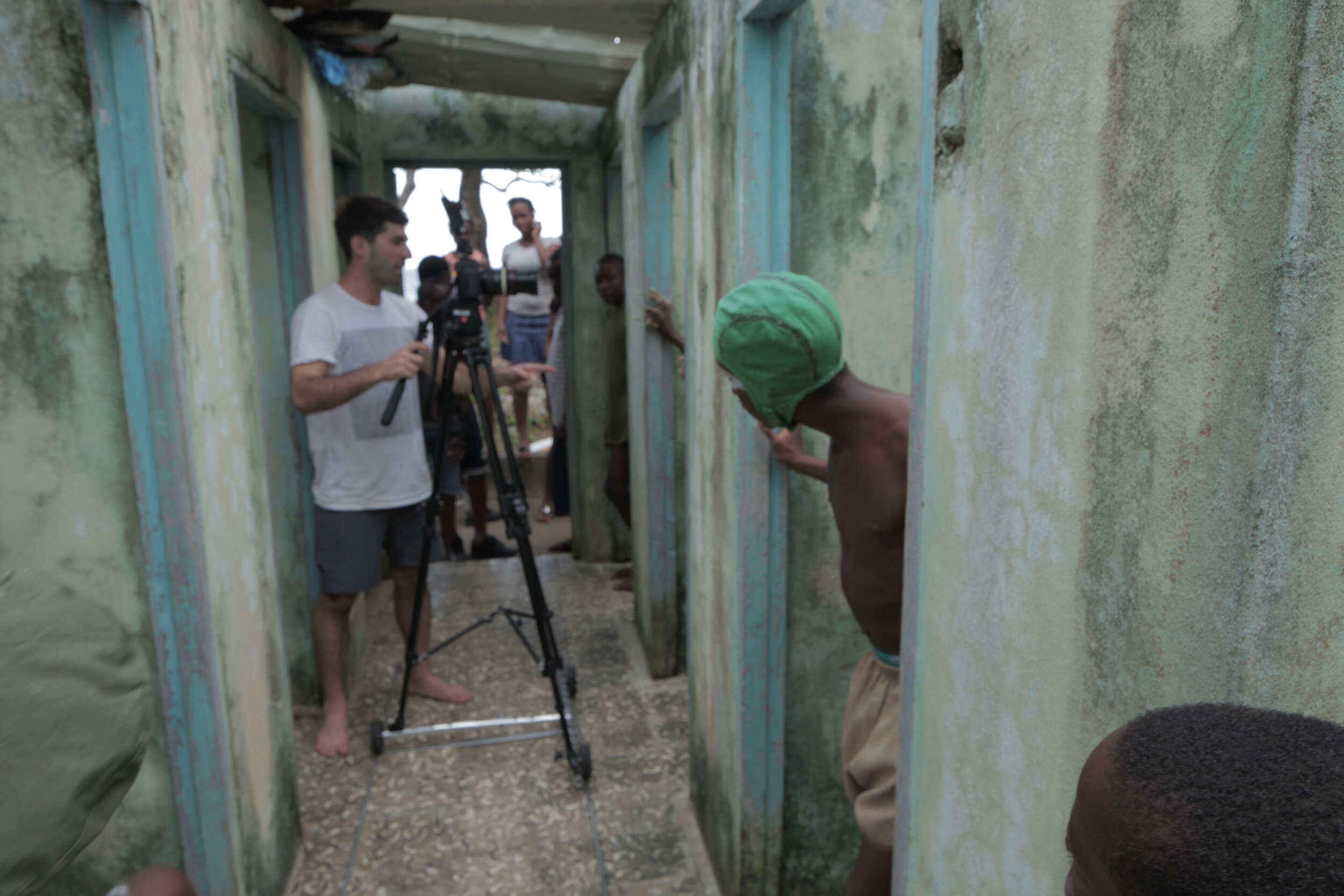 3&L: What stands out to you about the music video?
Fleischner: That video is interesting because it was the second video she made for that track. The first one she did was with a famous commercial music video director. It was kind of a Clockwork Orange-inspired video that the label spent a lot of money on – it was like $50k-$100k in that range - and (Santi) was just not into it. It never came out.

I had made a film in Jamaica – a super low-budget, ragtag-style movie called “Wah Do Dem” – and she really liked that film. I think she was like, “Maybe I could get Sam to go down to Jamaica and we just do a low-budget kind of run-and-gun style video similar to his movie.”

She was going out-of-pocket at this point. I think we did ours for like $10k including airfare. We had a tiny crew. I had a friend who was really good at lighting and then a production designer, and then we had a stylist.

3&L: Is there anything in the video that nobody noticed?
Fleischner: “Rockers” is one of the all-time great reggae movies, and the lead character in that, it’s this guy named Horsemouth. He’s like a Studio One session drummer. He’s on a lot of great reggae records. He’s an incredible actor. He had such an amazing performance in “Rockers.” I met him randomly during one of my shoots and got him to play the boat driver (pictured), which is a cool little fact that I don’t think anyone’s even noticed or pointed out online, which is a shame.

3&L: Explain how you collaborated with her on set.
Fleischner: We co-directed the video, and it’s very much her vision like the premise of the video. She's such a powerhouse of a personality that – in a lot of ways - it was just me deferring to her to make her happy because she really knows what she wants and she’s a force. Which is hard as a director, because you want to make your own vision come to life. But it was a negotiation, and I have so much respect for her and I love her music. So it was cool.

She had this vision of feral kids on an island that she goes out to find somehow. And we do this in Jamaica. She’s like this iced-out, stylish lady who goes on an odyssey. I don’t even remember how we did the casting.

3&L: What do you like most about the video, and where did you make compromises?
Fleischner: I love that tree (near the end) with the incredible vines all over it. It was really cool. The stuff in the beginning of the video that we shot with the confetti snow, that’s in (Santi’s) house in Brooklyn. The coffee beans in the beginning, some guy had brought all these coffee bean shells. That was cool shooting those. Shooting in that castle-mansion place was really sweet.

A lot of the stuff I was not that thrilled with like the way the motorcycle stuff came out, that was really hard. We had the bike mounted on a flatbed truck. She didn’t really know how to ride a motorcycle. The (production) was really scrappy.

3&L: Have music videos opened doors for you in your career?
Fleischner: I’ve never really made any money from doing music videos. Even to do a friend’s music video, I need to love the track. If I really love the music and I feel like I can elevate that with my work, I’ll try to do it.

The last real music video I did with a real budget was this MGMT video for “Alien Days” (view below). I’m really proud of that video. I thought that video would maybe lead to more opportunities with music video stuff, but no, not really. That budget was like $55k and we had a lot of favors done for it, which is how we were able to pull off a lot of that stuff.

3&L: Do you feel that music videos are less relevant or impactful these days than they were 5-10 years ago?
Fleischner: I'm not really tuned in with a lot of the music video work that's being done now. I did recently find this video for a Tom Petty song (“Into The Great Wide Open”) that Faye Dunaway and Johnny Depp are in. It’s so amazing and it’s narrative-based. It definitely reminded me of how much I love doing that kind of thing - telling stories and using good songs to interpret a story or portray a story.

The last video I directed was almost four years ago. It was a 360-degree VR video (view below) that I did for my friend Snowblink, and I was really proud of that video. That got zero press and nobody picked it up. I think it’s a really beautiful song.

3&L: What’s keeping you busy nowadays?
Fleischner: I’m trying to make a new feature film about a queer bodybuilder in the heartland. Hopefully, if things come together, we'll be shooting it in like June or July. The story came to me as a really strong screenplay that was written by an actor named Brock Yurich and loosely based on his life. He’s an actor/writer, so he’ll play the lead.